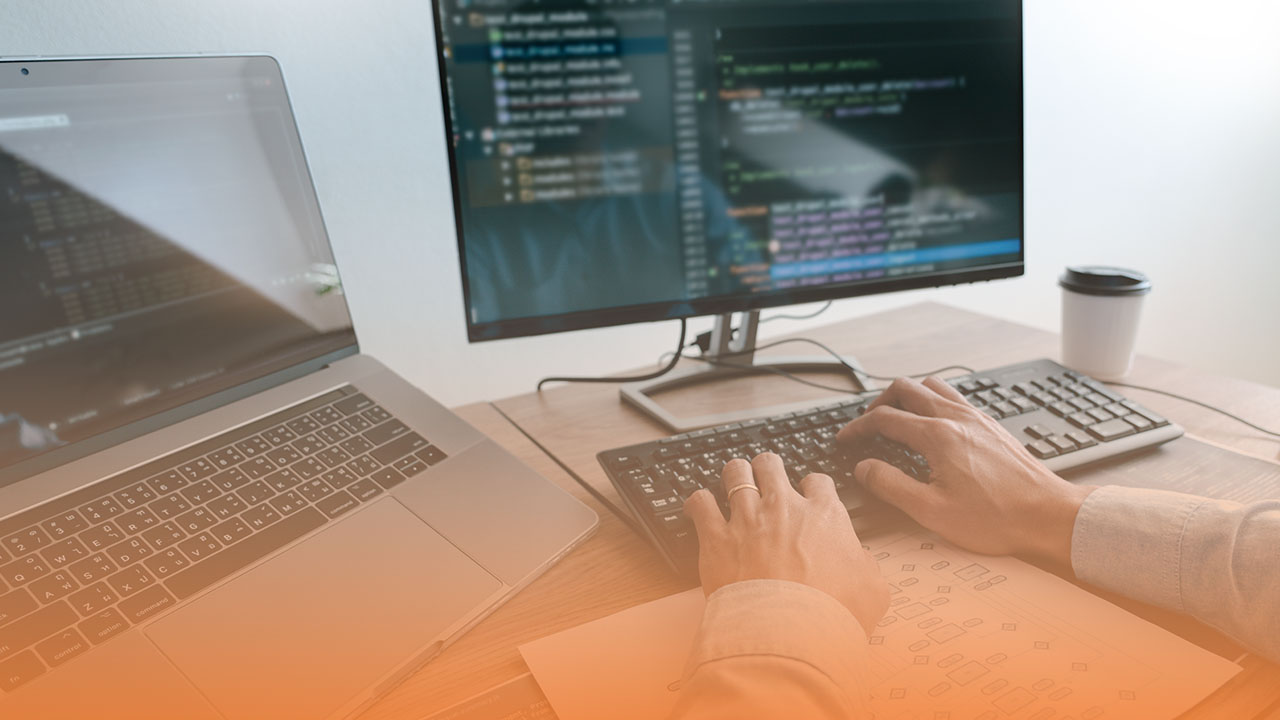 What is Appsurify TestBrain? Read on to discover how TestBrain works – what problems it can help you solve and who uses it, along with a tour of its features, pricing, and integrations.

Appsurify TestBrain is a risk based testing tool that enables QA and Developer teams to test earlier, find bugs faster, and reduce development cycle times. The tool cuts automated test suite execution times by over 90%. With test results coming back to the team in 90% less time, team members can test more frequently throughout the day, find and correct bugs earlier and faster, and ultimately release faster with higher confidence and achieve a shift left strategy.

Want to bring UI, Integration, or Regression test results into the daily build? TestBrain can help.

Appsurify TestBrain has been serving software development QA needs for more than two years now. It is based out of Nashville, TN. The Appsurify brand provides a combination of tools, methodologies,  and best practices that allow software development teams to confidently ship quality code faster and with fewer defects. Appsurify’s product suite offers three TestBrain options – Plus and Professional.

Appsurify TestBrain helps QA Engineers, Developers, Management, and or anyone part of a software testing practice.

TestBrain reduces the number of tests that need to be run freeing up the CI/CD pipeline, it reduces execution times by 90% while still catching 99% of bugs, it quarantines unstable tests or flaky failures allowing the team to pass builds on time, and it provides advanced reporting on where tests failed and why. Multiple examples below.

TestBrain provides immediate test feedback upon submission of a recent change or commit, it helps to catch and correct bugs earlier in the development process, it reduces rework, and it helps to release quality code faster than ever before with confidence.

Finding Bugs Late in the Cycle

Additionally, Appsurify will be enhancing its User-Portal Experience and releasing additional collateral, such as videos and guides, to help onboard new users into the Appsurify Community.

By only running the important tests instead of the entire test suite, TestBrain can reduce the time it takes to execute tests by over 90%. Or in this case, from 41 minutes down to 3 minutes: 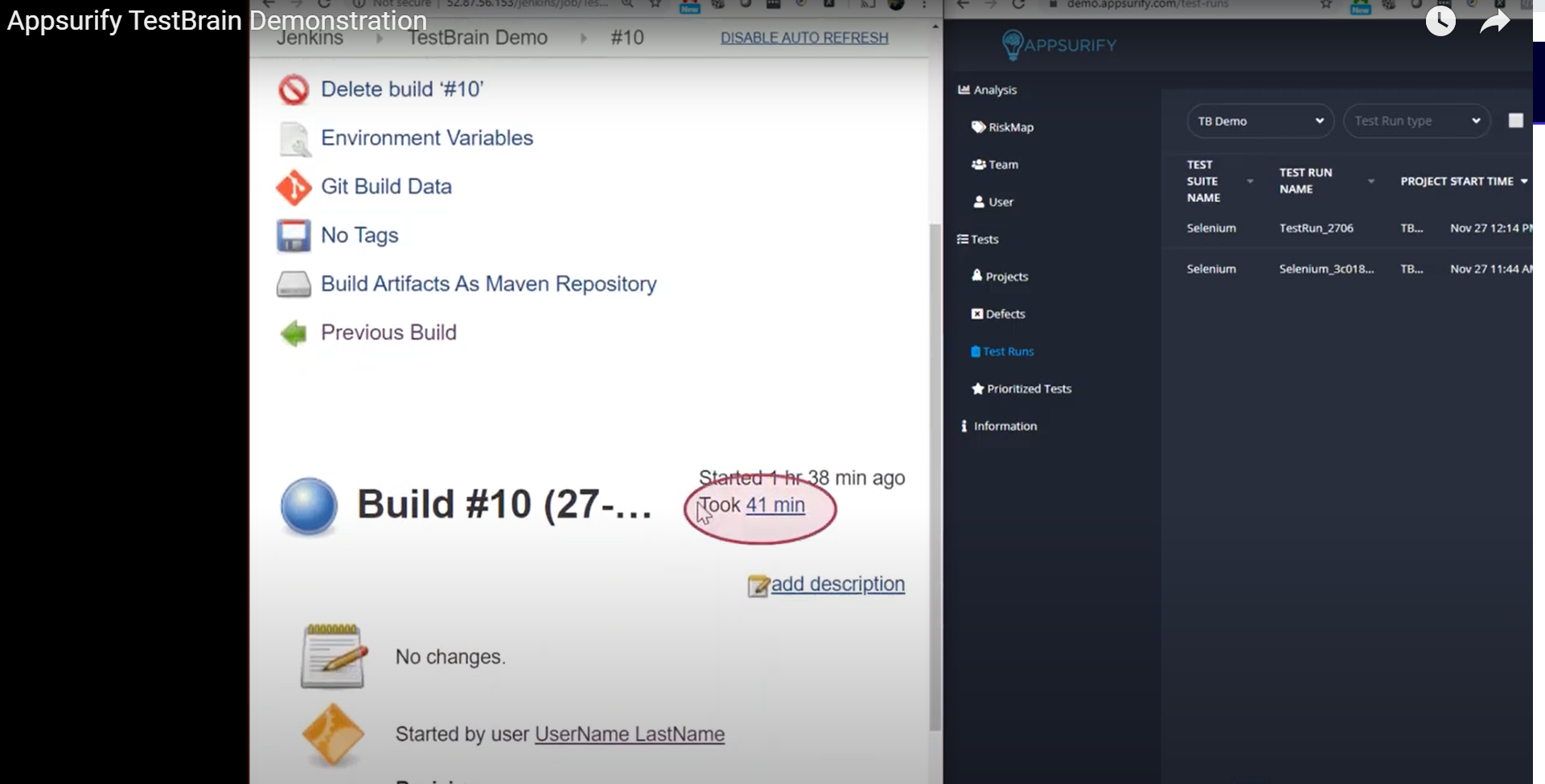 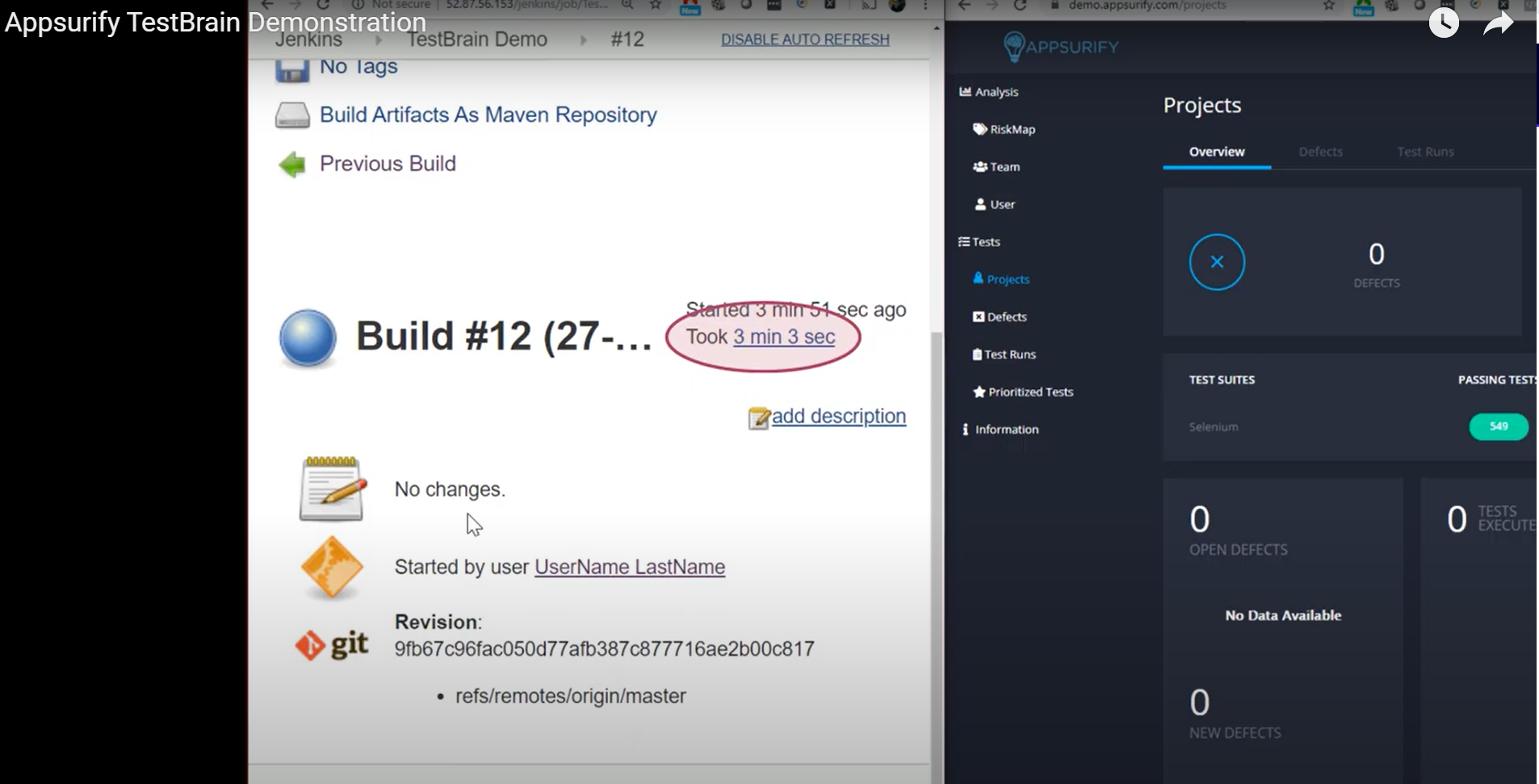 TestBrain helps automated and manual testers focus their testing on the most important areas of the application. With RiskMap, teams gain a visual representation of their application at a moment in time to help pinpoint the introduction of new defects.

Teams can set up pro-active monitoring alerts to the possible introduction of new defects to sensitive areas of the code. For example, think the streaming section of Netflix – no one wants that going down 😉 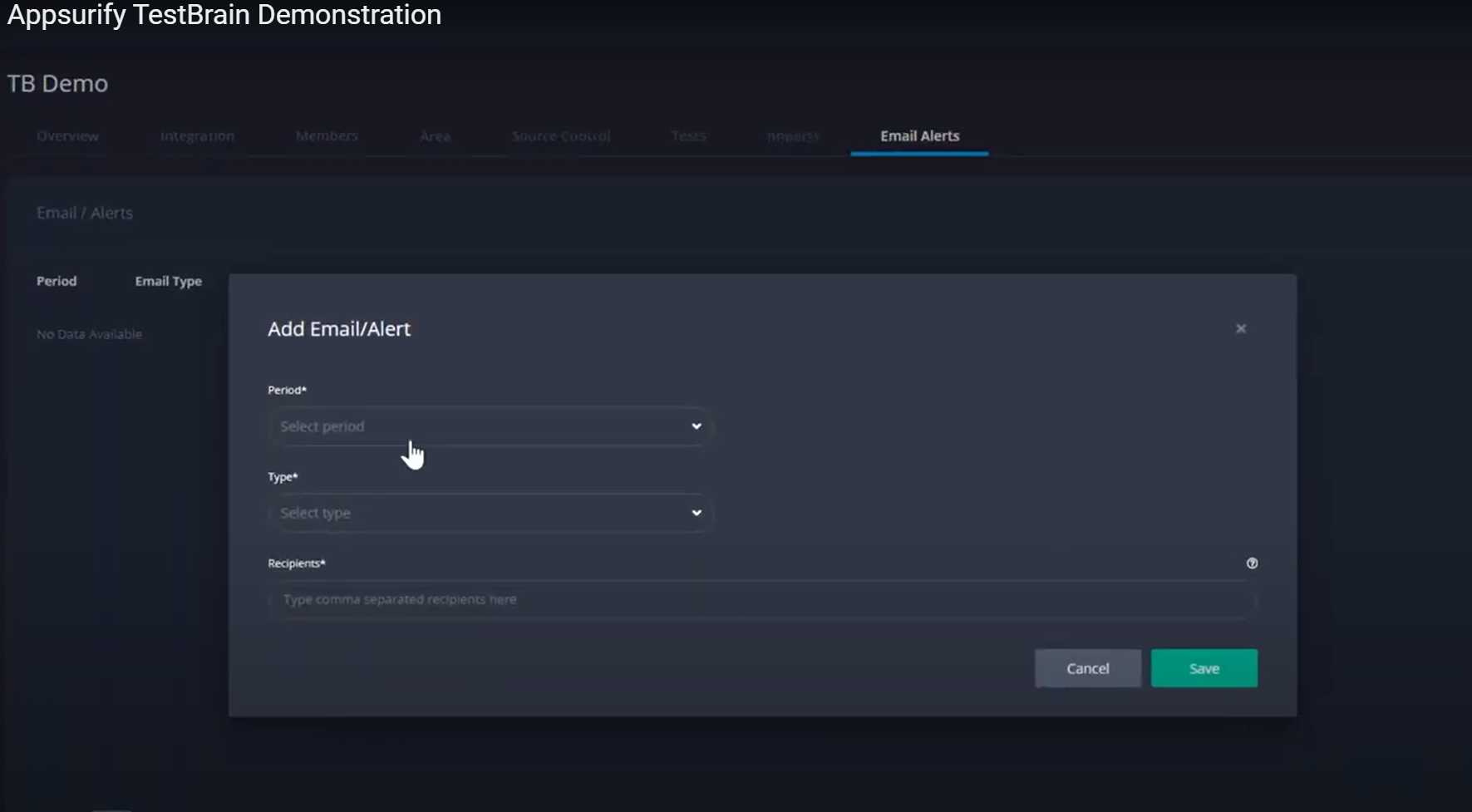 TestBrain determines and automatically quarantines, reruns, and passes the test if it’s flaky or fails the test if its a real defect. The time consuming process of managing large unstable automation test suites is eliminated for QA teams, freeing up considerable time and energy. 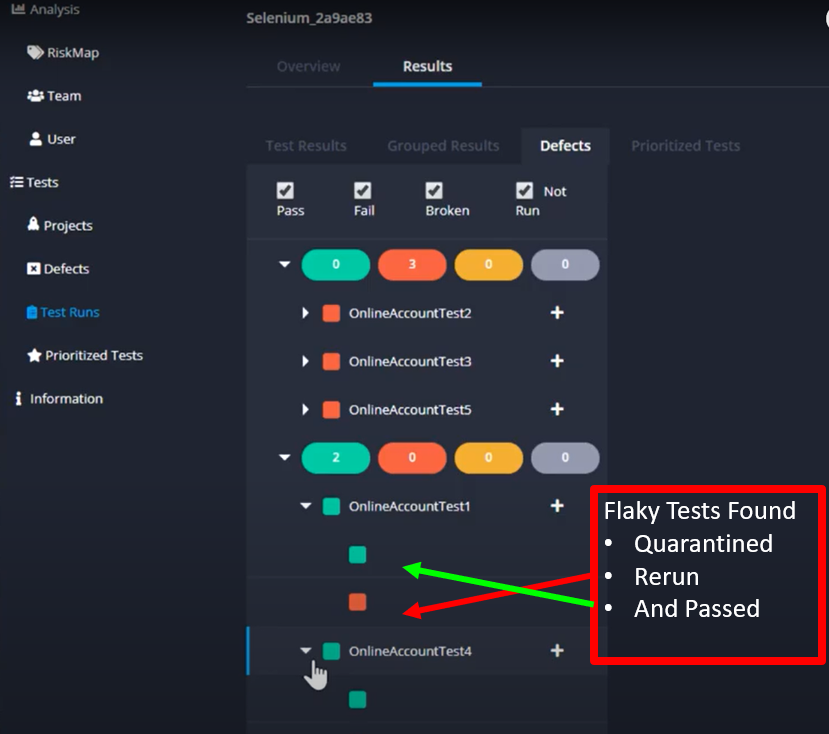 TestBrain is designed to plug into EXISTING test practices, making them smarter and faster.

Implementation: Easy 5-Minute Installation either in the Cloud (SaaS) or On-Premises.

Connection: TestBrain needs to connect to the code repository to receive notifications of new commits via a webhook. Read & Write access is required to install the webhook.

CI/CD Tools: Jenkins, Codeship, TeamCity, CircleCI, Travis,…as well as any CI/CD that allows the addition of an executable script to do the API call, which again is essentially all of them.

Types of Tests: Unit, Integration, End-to-End, API, UI Tests, i.e., any automated test that generates JUnit, XUnit, or XML output which again essentially all of them do.

See our FAQ for more.

Appsurify TestBrain has been designed to plug into existing test practices to help organizations test more frequently, correct bugs earlier, and release faster all within a 10 minute easy implementation whether in Cloud or On-Premises.